The EPO applies a deadline of 31 months after the priority date for entry in the European phase of PCT patent applications. This is one month more than the 30 months provided in the PCT. In case you are unable to meet this deadline: A legal remedy called ‘further processing’ is available for about two further months.  However, this is expensive. Therefore we kindly request you to submit your Euro-PCT applications well on time.

For a PCT in Europe the same rules apply as for other European patent applications: Unless an applicant is based in one of the EPC member states, they need a European Patent Attorney to represent them.

We can file amended claims upon entry in the European phase. The EPO will however also issue a communication which explicitly offers this possibility with a deadline of six months. So, we can file amendments within this six month period, but this will incur additional attorney fees.

Making claims amendments is always relatively risky in Europe.  The amended claims need to be clearly and unambiguously disclosed in the original PCT application. In practice, this means that (nearly) only amendments by combining claims, or by combining claims with clearly identified preferred embodiments, are allowed. To be safe, the applicant needs to stick to the literal wording that is present in the Euro-PCT application as filed.

The examiner will likely refuse other claim amendments. If the examiner does not refuse them, this may present an even greater risk. In post-grant invalidity proceedings (opposition at EPO or legal proceedings in a court of law) the evaluation of allowability of an amendment is usually stricter. A non-allowable amendment can then easily be fatal for the patent.

This is also applicable to Euro-PCT applications. It is therefore advisable to reduce the number of claims to 15  or less.

For Euro-PCT applications the first annuity payment, for patent year 3, is due two years after the filing date. Depending on the priority date, this can be either before or after the Euro-PCT deadline of 31 months.

This means that, depending on the priority date, you may have to pay the first renewal fee already upon entry in the European phase.

Unlike in some other countries, the applicant does not need to file all prior art that he is aware of. However, it is compulsory to file the search results of any priority applications. If no such search report exists, the applicant will need to explicitly state this fact.

Direct patent applications via the PCT in Europe

You can apply for a patent application under the PCT in Europe at the European Patent Office. This can be instead of a regular European patent application. This is only possible if at least one of the applicants has the comes from an EPC contracting state.

The applicant then has at least 30 months from the priority date to determine the desired countries for patent protection. Nearly all countries worldwide cooperate in the PCT. 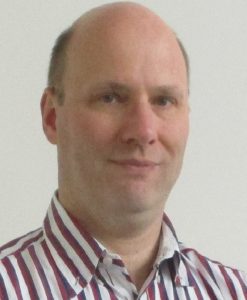